The Pangalu Hot Springs tourism project is a result of the 2018 MOU signed between the Tourism Promotion Authority and the West New Britain Provincial Government.

Pangalu Hot Springs in Talasea District, is a well-known natural attraction in West New Britain Province.  Fascinating geothermal formations found at Pangalu include hot springs, geysers and fumaroles that lead out to one of West New Britain’s best attractions, the beautiful Kimbe Bay.

The project is a result of the 2018 memorandum of understanding signed between the Tourism Promotion Authority (TPA) and the West New Britain Provincial Government to develop tourism in the province.

“TPA is committed to working closely with the provincial government of West New Britain, whom I commend for actively investing in tourism development.”

“The TPA provincial coordination and product development division has the crucial role of liaising and providing technical support to provincial governments.  It’s been proven over the years that the success of tourism in a province is based on how active and committed its provincial government is towards the industry,” said TPA CEO Mr. Eric Mossman Uvovo.

The construction of amenities at the Pangalu Hot Springs site aims to offer visitors a more comfortable and secure experience to better explore and enjoy the natural wonders of Pangalu.

A perimeter fencing has been completed and the contractors are now working on the Pangalu Hot Springs information center, which will provide visitors a wealth of knowledge on the site and nearby attractions.  Other infrastructure that will be built include: concrete footpaths, signage, rubbish bins, latrines and water tanks.

The TPA has supported the infrastructure development of Pangalu with K68,000.00 whilst the West New Britain provincial government, through its Culture and Tourism division has allocated K100,000.00 towards the completion of the project.

The second phase of the project will involve the development of an observation spot that will provide a spectacular view of the Kimbe Bay area. The lookout will also have barbeque stands and water catchment facilities. 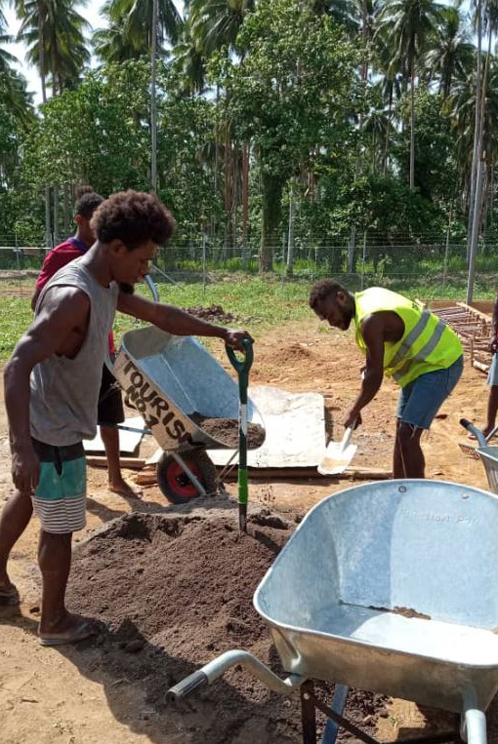 Above: Construction workers at the Pangalu Hot Springs beginning work at the site. 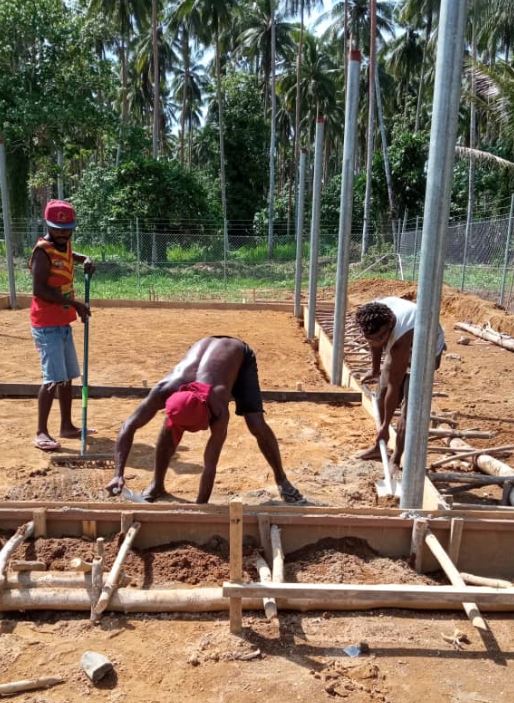 Above: Constructing the foundation of the Pangalu Hot Springs Information Center.