Official launch of the 2019 Year of Tourism for China and Pacific Island Countries. 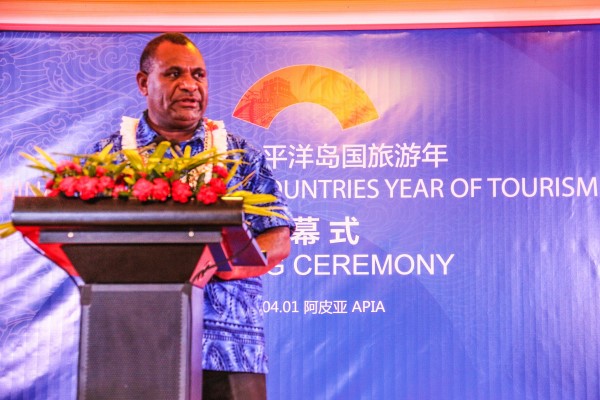 Representing the South Pacific Tourism Organisation member countries’ Samoa’s acting Prime minister Ms Fiame Naomi Mataafa sad it was a milestone achievement and offers a great opportunity for Pacific Island countries to showcase to China what the Pacific Island countries have to offer with their stunning natural landscapes, sandy beaches, unique culture and friendly people.
“China-Pacific Tourism Year 2019 also reflects, how we as leaders of the region, have placed value on the thriving Asian outbound tourism markets particularly China with the world’s largest outbound market of around 140 million visitors last year,” she said.
Increasingly, Chinese travellers are looking for new destinations and experiences and the Pacific island region is still an untapped destination. she added.
Mr Agus said at the launch, the Government and people of Papua New Guinea were ready to partner with China and fellow Pacific Island countries to develop tourism in the region.Earlier, in the day, the PNG TPA team had one-on-one business meetings with major tourism industry players and senior government officials from the Peoples Republic of China.The challenge for Pacific Islands States now is to be China-Ready if we are to reap any benefits from this initiative.