The People of Megabo in the upper Bena area of Eastern Highlands have been challenged to wisely use what God has blessed them with to enrich their lives.

The People of Megabo in the upper Bena area of the Eastern Highlands Province have been challenged to wisely use what God has blessed them with to enrich their lives.

Tourism Promotion Authority Chief Executive Officer Mr Eric Mossman Uvovo told the Megabo community that God has blessed them with rich cultural and natural resources which they must also nurture and cherish for future generations.

Mr Uvovo was speaking at the official launching of the Megabo Cane Swallowing Festival and the Yasina Nature Park, Thursday 26th November 2020.

Cane Swallowing is a traditional initiation ceremony performed exclusively by men in this part of Eastern Highlands and it is a major attraction at the popular Goroka Show every year. The men hold both ends of a small cane and swallow up to 30 centimeters before pulling it out.

The Yasina Nature Park is part of the Bismarck Range bordering Ramu towards Madang Province. It has been surveyed and will shortly be declared as a protected conservation area hosting not only unique and diverse animal and plant species but also holds historical sites including relics from the Second World War.

Mr Uvovo said it was encouraging to note that the Megabo Community continues to maintain peace and harmony in their society through the intervention of the Seventh Day Adventist Church which has provided health and education services to complement other government services in this remote part of PNG since Independence.

He said TPA will support such unique cultural festivals from the national level but such initiatives have to be recognized and endorsed first by the district and provincial administrations.

Megabo community leader Bibi Giko said theirs was a peaceful community in the whole of Unggai-Bena District and they wanted to bring in tourism development through their unique culture and their rich natural biodiversity. 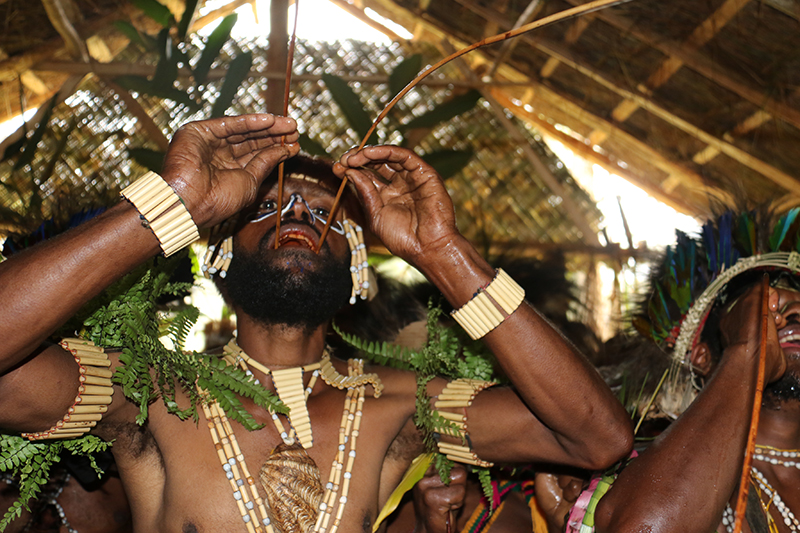 Contact the National Cultural Commission for a listing of 2021 Cultural Festivals in Papua New Guinea, call: +675 323-5111